The key benefit of robotisation in any technical field is greater repeatability. This seemingly simple statement has a number of consequences that can be easily overlooked. The work of human hands is effective and can be even faster than a robot at times – but it will never be able to maintain the same precision for days, weeks, months and years. We are all human beings and regardless of our determination, we get tired over time, our concentration drops, we get nervous, sick or just have a worse day. This makes the robots in each process always more efficient, and in the long run always faster than humans.

Recent developments have also shown that business models based on human labour-dependent production are most vulnerable to the epidemiological crisis. As a consequence, market requirements for automation are already common in the West and increasingly frequent in Poland.

They often result not only from economic reasons, but also from pressure from the contracting companies. Practice shows that in many industries contracts are won only by those who can prove that they are able to deliver products of uniform quality throughout the order. Electronics production is a highly automated field. For all stages of its key segment – the surface mounting of components – advanced equipment is available on the market – such as Yamaha automation machines and Heller ovens.

However, the market offer of devices allowing for automation of other, sometimes non-standard and heterogeneous process segments – such as assembly of electronic packets in enclosures – remained undeveloped. Some manufacturers – especially large corporations – supported themselves by creating their own solutions based on universal industrial robots – such as Yamaha Robotics. However, the implementation of this type of robotics required know-how in the field of robotization or support of integrators.

Recognising this lack of specialized solutions in the market, the RENEX Group, in line with its mission to provide comprehensive support for the electronics industry, has developed industrial robots that allow simple automation of non-SMT line processes used in electronics production. REECO robots have been designed to be fully compatible with the assembly lines in operation, thus providing the system with edge transport and SMEMA communication. 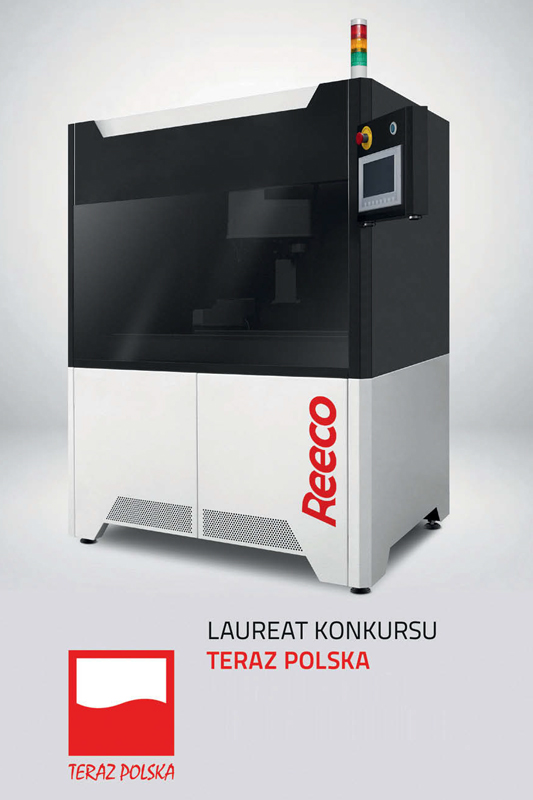 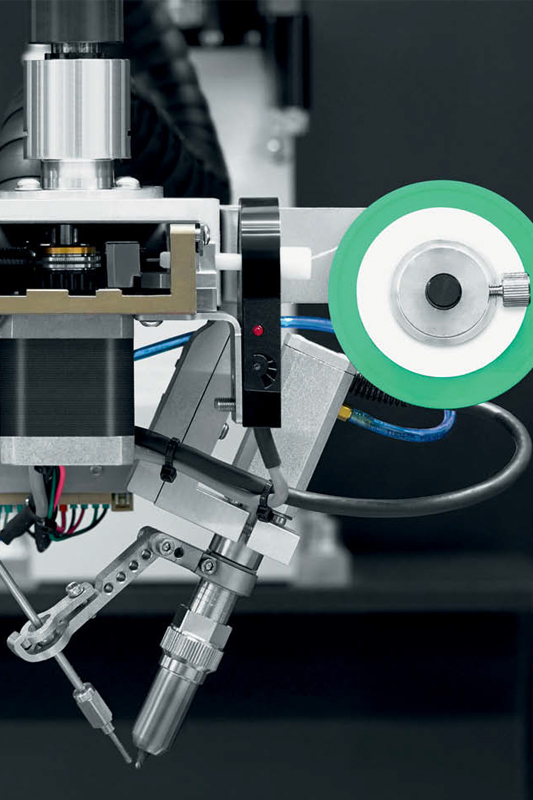 Two or more robots can form linked groups or work together with other equipment and loader and unloader stations. The devices can of course also work offline.

The company also provides specialist courses in programming and operation of the delivered robots. Both standard courses as well as those adjusted individually to the realities of production and customer needs are conducted. They allow to increase the competence of the operators of these devices, which makes it possible for them to fully use their potential in further operation and supervise the operation of many devices simultaneously.

The REECO soldering robot is a device designed for the automated assembly of THT components on PCBs. The device was created as an alternative to the soldering wave, which due to its principle of operation and very high efficiency is cost effective only in large-scale production. In contrast, the robot does not require the use of carriers made of very expensive materials, nitrogen, washing the flux used in the soldering process or heating the entire crucible and bearing the resulting electricity costs. This makes it profitable to use it for small and medium-volume production.

The device is equipped with a soldering head mounted on a SCARA type robot and a soldering wire feeder, which allows it to create precise soldering connections according to the programmed scheme.

The used PLC controller controls all auxiliary devices such as transport, soldering generator, wire feeder, tip cleaning station, which facilitates programming, and the current status of the device is displayed both on the operating panel and by the signal tower.

The REECO screw assembly robot has been developed to automate production processes involving the assembly of parts with screws and bolts. In the electronics industry, these processes are mostly used for the assembly of housing elements and finished products. The robot is an alternative to the still common at this stage of human labour production, where workers manually – with the use of an electric screwdriver – screw in a several or even several dozen points at each product. Robots efficiently automate this process. Workpiece is introduced into the range of working field on the conveyor. The robot realizing the program takes the appropriate screws from the feeder and screws them into the holes with a selected force. The user can be sure that each assembly is carried out according to the assumptions – with appropriate force and full precision – minimizing the risk of human errors and product defects.

The REECO dispensing robot is designed for automatic and precise distribution of substances of various densities.

In the electronics industry, adhesives and gaskets are most often dosed, although there are also applications where it is necessary to apply paints, lubricants and other substances of similar consistency. In addition, a special form of application – conformal coating – is increasingly often used, i.e. the distribution of a protective substance on the surface of an electronic package – most often based on silicone. These processes, of course, depending on the substance applied, are still often performed manually – or with semi-automatic dispensers. The robot is an alternative to these methods. The product is automatically introduced into the working field, where the head, equipped with a properly selected nozzle, distributes the substance according to a programmed scheme and in precisely measured quantities. This makes the process independent of the operator’s manual skills and achieving the accuracy and repeatability that is impossible for a human hand. This minimises the costs and process problems associated with the application of too little or too much substance – in particular leakage and resulting contamination. As a result, it speeds up the process, minimises the consumption of the substances applied and reassures the user that the products are manufactured with the highest possible precision.

Robotisation makes it possible to become independent from the availability of employees and increase production efficiency. Those interested are encouraged to familiarise themselves with the RENEX Group’s offer on the website and to visit the RENEX Technology Centre, where you can see and test the equipment under simulated production conditions on their own components.