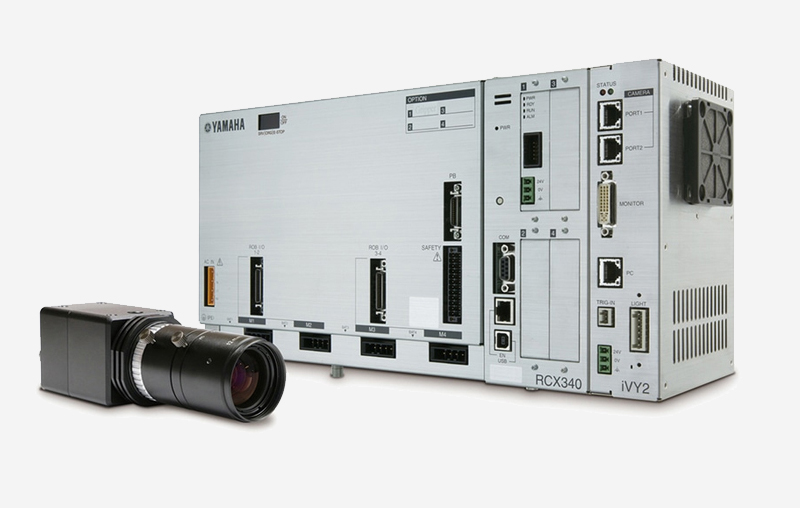 Yamaha Robotics has introduced a new iVY 2 vision system. It extends the functionality of the earlier iVY system while maintaining its simplicity of use.

The standard search time has been cut by half from the previous version (30% if the downloaded image is also saved), and the maximum number of different elements recognized by the system has been increased from 40 to 254.

iVY2 vision system is compatible with up to 5mpix (megapixel) cameras, which in combination with the pre-loaded identification software allows for a precise edge detection of very small objects, even when they are overlapped or irregularly shaped. In addition, the system, by taking larger images, allows you to reduce their number – and thus the download frequency.

iVY 2 vision system, can be used with cables up to 20 meters long, which significantly simplifies the layout of production lines. The device comes with DVI-I output, which allows for a direct display of the image from cameras on the monitor without the need for an additional PC.

The vision system, robot, head (e.g. gripper) and lighting work on the same software and are operated by the same controller.

This means that there is no need to convert the coordinates between the language of the vision software and the robot. Thanks to this there is no delay in communication, and the service requires only a few lines of code and is very easy to learn.

The vision system can be mounted on the moving part of the robot. Camera position coordinates are automatically calculated taking into account the data from the robot. Data from one video system can be made available to several robots, which allows for efficient use of the system. 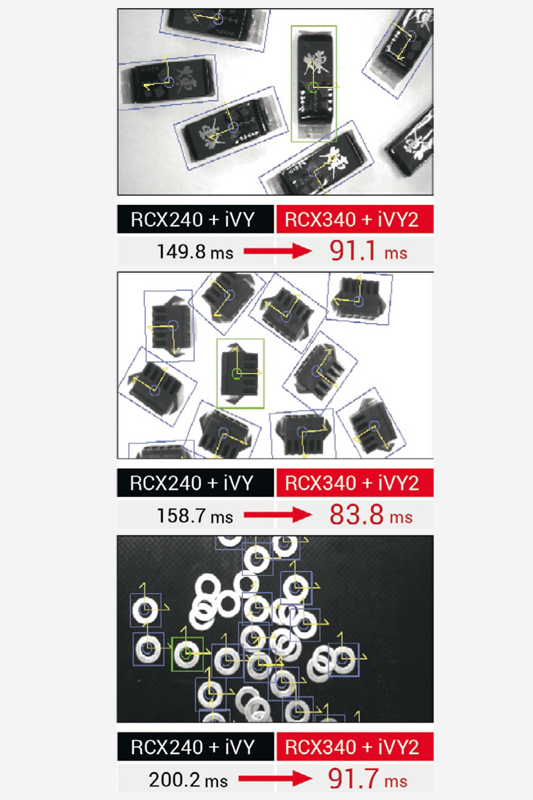 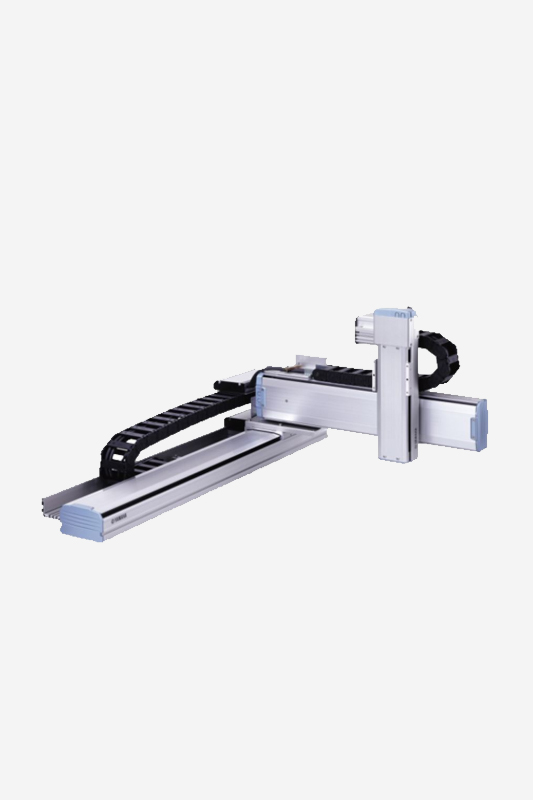 Labeling
Problem: misalignment of workpieces to be labelled.

Solution: This example uses a multi-directional YK500TW robot with iVY2 system. Thanks to the data from the vision system, the angle of the workpiece and its location are determined. The controller takes the data into account, allowing the label to be placed at the right angle and in the same position on each item. This solution can be used, for example, in the food industry.

Problem: both horizontal and vertical misalignment of the workpiece on which the gasket is to be dispensed.

Solution: This example uses the Cartesian SXYX robot with iVY2 system. Thanks to the data from the vision system (top view), the position of the object in the horizontal plane and the distortion of the dosing path due to deviations in the vertical plane are determined. The dosing path is automatically corrected. This solution can be used, for example, in the automotive industry.

Problem: misalignment of workpieces and thus the position of the holes, in the horizontal plane where high precision of assembly is required.

Solution: Cartesian NXY robot with iVY2 system was used. Thanks to the data from the vision system, the system determines the exact position of the holes, which allows for automatic and precise screw assembly. This solution can be used, for example, in the electronics industry.

Problem: Components are randomly arranged and have irregular shapes.

Solution: The SCARA YK150XG robot and iVY 2 vision system are used. An imprecisely laid component (eg a PCB socket) is lifted and analyzed by the upward facing camera while moving it to the working field. Thanks to the information obtained, a correction of its setting is made allowing for precise assembly. This solution can be used, for example, in the electronics industry.

iVY 2 system allows it to be precisely and automatically calibrated. This function also allows quick recalibration if the device is accidentally decalibrated. The process takes place in three steps:

From image acquisition, registration of the workpiece takes no more than 3 minutes. The process takes place in three steps:

1. Capturing the image by placing the object in the field of view of the camera and setting the camera’s scope of view.

2. Outlining the contour – running automatically, with the possibility of manual clarification.

3. Register the detection position of the workpiece by marking the selected point with the cursor.

The exclusive distributor of all YAMAHA industrial robots and their extensions, including iVY 2 vision system, is RENEX. The company provides comprehensive support for the electronics industry, including technical consulting in the field of implementation of industrial robots. YAMAHA systems can be viewed in RENEX Technology Center.